“Maybe it’s because I’m a Londoner, that I love London so…” as the oft-repeated song goes. Maybe it’s because I’m a Londoner, born, raised and based in the East End that I love London so, but I don’t think it is, it’s so much more than that. It’s a 2am bagel from Brick Lane, it’s the sense of wonder standing in the British Museum atrium … END_OF_DOCUMENT_TOKEN_TO_BE_REPLACED

Amsterdam. A city of gable roof houses and nearly a million bicycles. There are over 65 miles of canals and more bridges than Venice. It’s the city of Rembrandt, Johan Cruyff and Anne Frank. Possibly the most cosmopolitan small city you’re ever likely to visit, it has the cultural clout of a city triple the size. The city of Amsterdam is maybe more famous for … END_OF_DOCUMENT_TOKEN_TO_BE_REPLACED

Tel Aviv is an anachronism. In a country filled with so much history, the city feels somewhat out of place. In Israel, it’s known as “the bubble”; its self-contained nature leads it to feeling a million miles away from the rest of the country. With less religious tension, a skyline littered with skyscrapers, a laid back attitude towards homosexuality, and Judaism, and a hedonistic nature: … END_OF_DOCUMENT_TOKEN_TO_BE_REPLACED 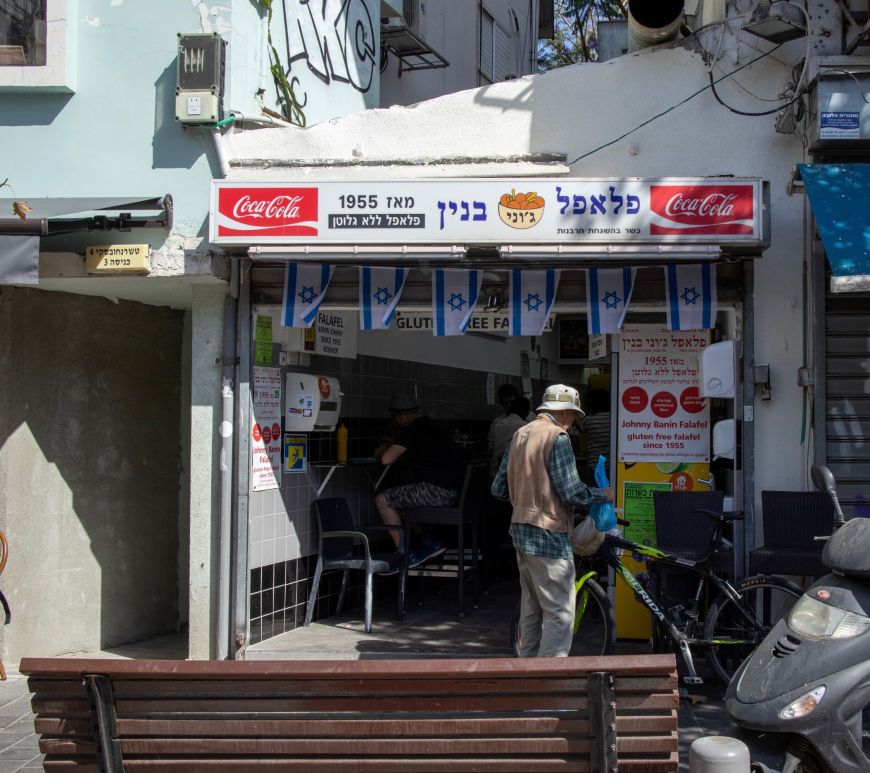 Whenever I visit somewhere new, I like to seek out the “institutions”. Those historic food and drink venues that are as a much a part of the fabric of a city as a Cathedral or a Museum. Often, they even have their own cultural identity. Whether it’s a historic fin-de-siècle café or a famous 24-hour restaurant, most cities have them. London has the Beigel Bake … END_OF_DOCUMENT_TOKEN_TO_BE_REPLACED

An area in constant flux, Bethnal Green has an exciting new addition to its late-night line-up. Throughout the summer on selected weekends, there has been a pop-up night market in The Oval off Hackney Road, in the shadow of the old gasworks. There are craft stalls selling everything from jewellery to statement socks, a retro craft beer trailer, cocktails from the Mixology Brothers offering a … END_OF_DOCUMENT_TOKEN_TO_BE_REPLACED

The majority of visitors to Israel will spend most of their time enjoying the beaches and nightlife of the hedonistic Tel Aviv or immersing themselves in Jerusalem’s immense history but there’s a lot more to the Holy Land than these two diametrically opposed cities. There’s a fun excursion available that shows some of Israel’s highlights on a 12-hour, well arranged itinerary, which takes in the … END_OF_DOCUMENT_TOKEN_TO_BE_REPLACED

Sometimes, I like to try and capture photos in reflections. People can be guarded when you point a camera at them but more relaxed when they feel unobserved. I would never have got this shot had I been aiming at the subject. ⁣ ⁣ #london
I like to think she was telling him off for staying out with his friends for too long. ⁣ ⁣ #cefalu #urbanstreetphotogallery #spicollective #curiouscameraclub #myspc #thestreetphotographyhub #streetfinder #bnw_greatshots #bnw_magic #sicily #streetphotography #lensculture #lensculturestreets #culturetrip #streetcapture #streetcaptures #blackandwhite #blackandwhitephotography #bnw #bnwphotography #bnw_captures #lensculturestreet #culturetrip #bnwstreetphotography #sicily🇮🇹 #cefalù #piazzaduomo #streetsstorytelling #blancetnoir #biancoenero
Lady on the Stairs- Bucharest, May 2019. ⁣ ⁣ #bucharest
Anti-fur demonstration outside Woolrich in Central London. The executioner skins the “animal” alive. A really visceral way to get your message across. ⁣ ⁣ #london
Magnificent light at the Church of the Holy Sepulchre, Jerusalem. ⁣ ⁣ #jerusalem
I like to think he was shouting the Italian equivalent of “two for a fiver.”⁣ ⁣ #cefalu